When Ruth called, I used to pick her up. I didn’t feel like it today. My legs felt heavy, so I wrote to her, “Hey, just come by. I can’t get you today”. Ruth replied, “Okay” and the issue would have been over if she wasn’t such a stubborn woman. I waited, and because I didn’t just want to wait, and felt guilty for not picking her up, I ripped open one of the chocolate powder packs, emptied the milk and sugar in a bowl, put the mixture in the microwave, and then waited for her and the pudding to finish.
It made “PING. PING. PING”, the microwave came up, the pudding was ready, from Ruth not a word on the screen and no message on the mailbox. I had actually started timing it, so the chocolate pudding had to be ready when she walked in the door. I was worried, and I called her. She pressed my call away. What the hell is going on here?
I put on a pair of trousers for the street and slipped into my shoes. I walked down the stairwell, out the door and hurried to the tram station from where she was supposed to come. I was three meters away from the door when I heard a ” Nat” and stopped. Ruth laid stretched out on the seat of the wooden picnic table.
“Why don’t you call me,” I asked her angrily, but she didn’t answer me, only looked silently into the sky.
I came closer and asked again.
“I was attacked”
“How?” I asked, and Ruth started explaining. A man had come out of nowhere and stood in her way. He stood in front of her and spoke in strange tongues. She kicked him in his shin and ran here.
“Then why don’t you answer my call?”
“Because I panicked?”
“At 9:00 pm someone really wants to rape you?”
” Take this seriously”
“I’m just saying, he might as well had asked you for help”
“He jumps out of the bushes and comes to me under threat to ask for help?”
“How do you know, you didn’t even understand him…He didn’t touch you?”
“No, but he tried”
“Are you sure?”
“Dear God, again, it is you who has no good word left for anything, always accepting the worst and now you don’t believe me?”
“Yeah, yeah, I believe you”
I wasn’t. Ruth laid there on the bench, was completely calm, she didn’t tremble, she just stared at the sky. Nobody who had just fended off a lecherous attacker looked like that, but someone who was angry that I wasn’t picking her up, was asking herself questions about our relationship and invented some lie to test me.
I failed. On the one hand, because I wasn’t going to put up with it, on the other hand, because I had only noticed it after my word was already spoken. The women and their bear traps.
“Come upstairs, I made chocolate pudding,” I asked her.
She didn’t move.
“You can’t just lie here. You’ll catch a cold”
What normal person would want to stay outside at night if there were sweets waiting inside in addition to safety? A warm blanket against the cold and sugar for the nerves. She was pissed off, not panicked, and that she didn’t understand that acting required some talent, and that testing someone so obviously could trigger rage in them was just the tip of the iceberg.
“You know what…just stay here”, I announced coldly and went to the door of the stairwell. She made no sense following me, so I went upstairs and sat down in front of the TV. She sulked down there for a while, I saw the news, somewhere someone died again, then the doorbell rang, and I let her in.
Ruth was angry, you could see it on her nose and her bared teeth. I backed away. She stomped into the hall, took off her shoes and threw them through the room. One landed on the shoe rack, the other rolled over the floor of the hallway and stopped meter in front of me. I watched her silently. She collected the shoe and placed it neatly on the shoe rack with the other one.
I slept with her in the same bed that night. The next day, she woke me up rudely and asked me, before she went to university if I would pick her up tonight.
“No. You’d better find somebody else in the building, who is capable to protect you from the roaming rapists”
We argued I didn’t give in. She cried and confessed to me what I already knew. Her freshly applied mascara was washed away. I let Ruth cry until she got angry, stormed out and slammed the apartment door. I stayed in bed and fell asleep again.
“Fuck you, there are a thousand better dudes than you” I read on my cell when I woke up.
“Yes, and also a million simpler ones, have a lot of fun searching,” I wrote back.
Ruth didn’t come by that evening. I went for a walk under the night sky. I didn’t see any rapists. The chocolate pudding, I made I had for myself. The stainless spoon I used to eat with though, was stolen. 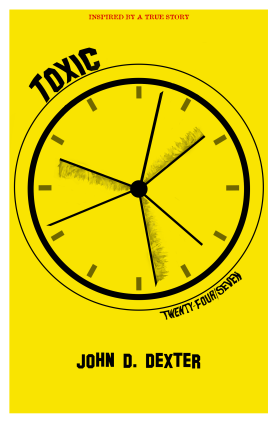 < Previous Chapter: Steel spoon from a party and a gentleman’s move.
> Next Chapter: Two sides of the same coin